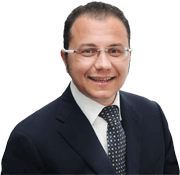 Professor Giovanni Dapri is Head of Digestive Surgery Clinic at the University Hospital Saint-Pierre, Brussels. In the same Institute, he is Co-Director of the European School of Laparoscopic Surgery and Co-Director of various Laparoscopy courses (Single Incision, Bariatric, Colorectal and Hernia Repair). He is Professor of Anatomy at the University of Mons. He is Master of Internship for the Specialty of General Surgery at the Free University of Brussels.

During his academic career, Professor Dapri has written 5 books, published more than 110 scientific articles and more than 70 chapters. At International and National Congresses, he has performed more than 100 laparoscopic procedures abroad and presented more than 400 oral presentations.

Procedures by a single laparoscopic incision